Comments Off on A Closer Look at Famous Australian Racecourses

“Flemington racecourse” (CC BY 2.0) by PreciousBytes

If you’re on the equine staff at a top stable, the chances are a horse you look after or ride out for work every day will be heading sooner or later to one of the top tracks in Australia.

With that in mind, here are four famous Australian racecourses which attract entries from top thoroughbreds.

As home of the Melbourne Cup, the race that stops a nation and one of the richest handicaps in the world, Flemington is usually the first answer on any horse racing or equine lover’s lips when they’re asked to name a track Down Under.

This course is pear-shaped and a full circuit is just shy of one-and-a-half miles (about 2.3km). Racing was first held here in 1840 on old Crown land next to the Maribyrnong River.

Flemington also has a six-furlong straight course as well as the round track, on which races are run anti-clockwise. It is also where the Victoria Derby, Kennedy Oaks and Australian Guineas are held. All except the latter are part of the great Melbourne Spring Racing Carnival.

Races like the Melbourne Cup attract entries from all over the world, so finding top betting tips take on a global aspect. For example, the 14.00 (odds from Ladbrokes) favourite for this year’s Melbourne Cup, Chestnut Coat, has never raced outside of Japan.  Stradivarius, who has never appeared in Australia, is also among the well-fancied at 26.00. Of course, the biggest cheer could be reserved for Rekindling (21.00), who dazzled the Flemington crowd when winning Australia’s most famous race last year.

Across Melbourne in the south-eastern suburbs of Victoria’s great city is another premier racing venue, Caulfield. This too plays a prominent part in the Spring Carnival.

Unlike Flemington, the track here is more triangular in shape and a circuit is shorter in distance at about 1.3 miles (roughly 2.1km) but again racing goes anti-clockwise here.

The eponymous Caulfield Cup and The Thousand Guineas for fillies are among the feature contests that take place at this track.

Caulfield racecourse is also on Crown land – this is widely accepted as belonging to the public in Commonwealth countries like Australia. 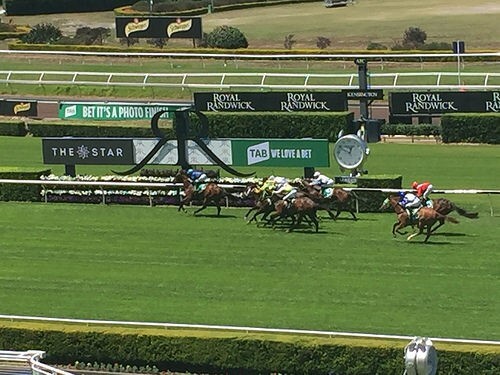 Moving away from Melbourne to another great Australian city, Sydney, and their top track is Randwick, which is run by the Australian Turf Club.

Located in the eastern suburbs, a circuit of the course is over 2.2km and racing has taken place here since 1833 on a sandy course unlike the grass we see today.

The Australian Derby, Doncaster Handicap and Queen Elizabeth Stakes are among the big races at the end of season meeting held here in April, but Randwick has had its profile raised recently by The Everest – currently the world’s richest race contested Down Under which takes place in October.

We just can’t stay away from Melbourne, but Moonee Valley is a freehold and privately owned. Founded by W S Cox, after whom the Cox Plate is named, in 1883, the course is roughly rectangular in shape and there’s even a harness racetrack on the inside of the turf course.

Although it has the least Group 1 races of any venue listed here, Moonee Valley (which is northwest of Sydney) is best known worldwide at the scene of wonder mare Winx notching a hat-trick in the feature Cox Plate.

It’s a tight track with a circuit being just a fraction over 1.8km and the home straight is just 173m – making it the shortest in Australia!