Comments Off on The Five World’s Richest Horse Races

What would you do if you were working at a stable and unearthed a truly great racehorse? Perhaps you are an amateur rider who feels that your horse could go on to amazing things? Well, if you were looking to make some money you could enter into some of the most valuable horse races in the world:

Unlike most big races, the Pegasus World Cup is not steeped in history, having only held its first event in 2017. The prize fund for the race last year was $12 million (AUD 15.5 million) and it is expected to be around AUD 20 million for 2018. The bad news is that it costs $1 million per horse for an owner to buy an entry to the race.

The Dubai World Cup attracts some of the world’s greatest horses, jockeys and trainers, all of whom are looking a slice of the $10 million prize fund. The race takes place in late-March each year, with the 2018 win going to Thunder Snow. There are suggestions that Thunder Snow could take on the Breeders’ Cup Classic (see below) in the USA later this year, with current odds of 25/1 looking very tempting. 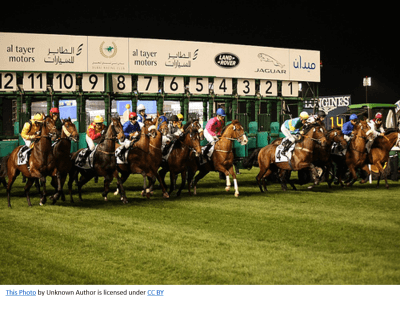 Like the Pegasus World Cup, the Everest is recently created event, one that has surpassed the Melbourne Cup as Australia’s most valuable race. There is also a $10 million prize fund for this race, but again it costs $60,000 to enter a horse in the race. Last year’s winner Redzel is once again the favourite at 4/1 but keep a look out for the likes of In Her Time (7/1) Winx (9/1) and Vega Magic (10/1). You can get the latest AU free bets on horse racing if you would like a free shot at picking the winner of the Everest 2018.

Held in various locations across the United States each year, the Breeders’ Cup Classic is one of the most important races in the world. The prize fund of $6 million is not just as attractive as the Pegasus World Cup, but the Breeders’ Cup is arguably the race trainers and jockeys would prefer to win. As mentioned, Thunder Snow should contest the race, but the early favourite is the brilliant West Coast at 7/1.

First run back in 1920, the “Arc” is Europe’s richest horse race, with a prize fund of $5.5 million. It is, of course, steeped in history, featuring some of the greatest horses to have ever raced, including the legendary Sea Bird.  Enable was the 2017 winner and leads the odds this year at 7/2, but it may be worth keeping an eye on Saxon Warrior at 33/1.

With a prize fund of $4.5 million (AUD 6.2 million), the Melbourne Cup comes in around 9th place for the world’s most valuable races. However, it is worth a mention because it plays such a big role in Aussie sports culture. Last year’s winner Rekindling leads the early odds at 20/1 for the 2018 race. If you want some evidence that you are never too young to realise your dreams in horse training, consider that Rekindling’s trainer Joseph O’Brien is just 24-years-old.